The state government has issued a notification mandating non-secretarial eligibility, and the maximum age limit has been increased to 35 years. 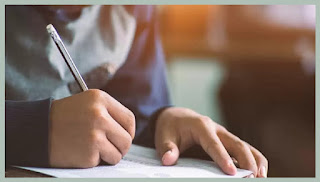 Now re-enforcing the withdrawal of the state government, the notification announced on November 7 that the graduation qualification will be compulsory by hiring a non-secretarial clerk.  The State Government will now consider the need for the next time as a clerk.  Has graduated in place of 12 passes.


In addition, it has been clarified that the appointment of non-secretarial clerk will be direct.  The notification also states that the maximum age limit for being selected as a clerk is 5 years.  Besides this, basic knowledge of computer is required as per Gujarat Civil Services Classification and Recruitment (General) Rules.  There should also be a speed of typing 5,000 characters per hour in Gujarati and English.

No qualifications have been made for various exams including field staff, such as police.  Currently the qualification of the graduate for hiring as a non-secretarial clerk has been improved.  So this is only for the non-secretarial.  This notification does not appear for any other section or field.
By Nanji Mali às 29 November
Email ThisBlogThis!Share to TwitterShare to FacebookShare to Pinterest
Tags Exam, Important information