What concessions will be found in Unlock-2, maybe tomorrow the government can announce

Decision to start theater and gym may be taken: Cinema hall may be opened with Rs 100 per cent seats Approved: Tourist destinations still unlikely to open 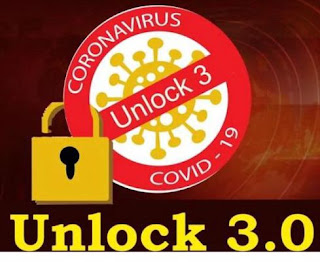 What concessions will be found in Unlock-2, maybe tomorrow the government can announce

As the unlock-run deadline expires on July 31 and Unlock-2 is to be implemented from August 1, discussions have started on how much concession will be given in Unlock-2. Unlock-II is coming to an end on May 31 amid a steady increase in cases. With more than 200 positive cases of corona being registered in Kutch in July, all eyes are now on what the government will decide. According to known details, theater may be started in the country including Gujarat. Along with that Jim is also likely to get approval. The government held a meeting with theater administrators. The administrators demanded to start a theater with 50 per cent seats. But the gym is also likely to start if the government plans to start a theater with Rs 100 per cent seats.

However, for the last five months people have not been able to travel anywhere and now people are slowly moving out of the house. No decision has been taken yet on whether to start tourist destinations in Teva. But given the current situation, it is unlikely that tourist destinations will open. However, the government is likely to announce the Unlock-2 guideline tomorrow.
By Nanji Mali às 29 July
Email ThisBlogThis!Share to TwitterShare to FacebookShare to Pinterest
Tags Breaking news